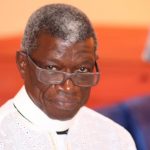 My dear Christian friends and people of God, very soon we will be celebrating Advent and then Christmas – a joyous occasion and a time to make merry – but more importantly a period to commemorate the birth of our Lord and Saviour Jesus Christ. The season of Christmas presents us with the opportunity to reflect on the birth of Jesus who is the Lord and Saviour of the world and its...
Read more...
December 25th, 2019 in News
Madina NOP Holds Interfaith Dialogue with An Islamic Cleric

On Sunday, 19th May 2019, Madina Northern Outreach Programme (NOP), a Congregation under the Madina District of the Presbyterian Church of Ghana (PCG) organised an Interfaith Dialogue Session with Sheikh Alhassan Abdur-Rahim Husein, a respected Islamic Cleric and a lecturer with the University of Ghana, Legon. The session was held, as part of the Congregation’s Interfaith Dialogue Series,...
Read more...
June 6th, 2019 in News
Prepare For Your Retirement ….Teachers Advised 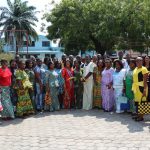 Rev. Daniel Lankai Lawson, third Minister of the Eben-Ezer congregation, Osu, has advised head teachers and teachers of the Presbyterian Educational unit to start preparing for their retirement whiles working in order not to find themselves in a mess after retirement. Rev. Lawson stressed on the fact that a will can be amended at any time, therefore, they should write down their wills while...
Read more...
July 11th, 2018 in News
Rev. Swanikier Inducted into Office 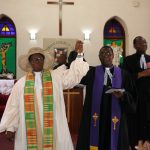 Rev. Mrs. Artishia Nana Owusua Svanikier of the Ashaiman and Community Two Districts has been inducted as the new Director of the Presbyterian Women’s Centre, Abokobi at a service held at the Abokobi Zimmerman Congregation on the theme, “Walk in the ways of the Lord”. The Clerk of General Assembly,of the Presbyterian Church of Ghana, Rev. Dr. Samuel Ayette-Nyampong assisted by the...
Read more...
July 10th, 2018 in News
Empower The Boy Child Too…Prof. Kwapong 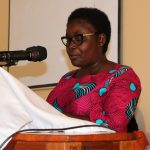 Professor Olivia Frimpong Kwapong, Head of the of Adult Education and Human Resource Studies Department at the University of Ghana, Legon, has called on parents, teachers, pastors and society in general to focus on empowering the male child as well so they can stand and fit in the new standards of living. According to her, the average ordinary man has been dis-empowered while the average...
Read more...
July 10th, 2018 in News
GAPWA Holds Maiden Seminar 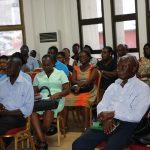 The Ga Presbytery Workers Association (GaPWA) has organised a seminar for Administrators, Accountants and Secretaries of the various congregations in the Ga and Ga West Presbyteries of the Presbyterian Church of Ghana at the Jubilee Hall at Osu Kuku Hill. The maiden seminar which was on the theme, “Office Management and Relationship with Stakeholders” aimed to bridge the gap between the...
Read more...
July 9th, 2018 in News
17 Ministerial Probationers Ordained in Accra 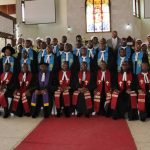 Seventeen Ministerial Probationers from the Ga, Ga West and Western Presbyteries who have gone through two years of probation and have been recommended by their districts, through the Presbyteries have been ordained into full ministry of the PCG at the Kaneshie Congregation in the Ga West Presbytery. The event was officiated by the Acting Moderator of the General Assembly of the PCG, Rev. Dr....
Read more...
July 9th, 2018 in News
GAP Microfinance Limited is 4 Years 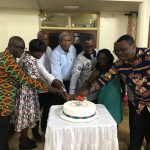 The GAP Microfinance Limited recently celebrated its fourth anniversary at a Thanksgiving Service held at the Jubilee House at Osu-Kuku Hill in Accra on 27th March 2018. The company which is solely owned by the Ga Presbytery of the Presbyterian Church of Ghana received its licence to operate on 25th February, 2014 and formally opened its doors to the public on 3rd March, 2014. The company...
Read more...
April 3rd, 2018 in News
PCG National Awards Day 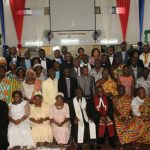 Thirty personalities were on Sunday, 17th December, 2017 celebrated for their contribution toward the development of the Presbyterian Church of Ghana over the years at the first National Awards Day instituted by the Church. At the ceremony held at the Eternity Congregation, Apenkwa in the Ga West Presbytery, Accra. The church presented citations to the individuals and couples for supporting...
Read more...
December 20th, 2017 in News
Madina District YPG to hold its Maiden Homecoming & Fundraising Dinner 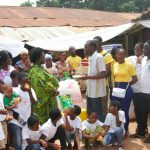 The call to Missions is a call to action; for everyone, everywhere, who professes the Christian faith. The Madina District Young Peoples’ Guild (YPG) of the Presbyterian Church of Ghana is committed to spreading the teachings of Jesus Christ and the Church to many lost souls in their communities. Since its inauguration in 1989, the Guild has used diverse approaches to turning people towards...
Read more...
December 19th, 2017 in News
Page 1 of 1012345Next ›Last »