The Ga Presbytery is located in the Greater Accra Region stretching from Tema in the East to the main road from Accra to Nsawam in the West. It also stretches northwards to the foot of the Akwapim hills. This area was originally occupied by the ethnic group known as the Ga’s based on which the Presbytery was named. This part of the Greater Accra Region has become increasingly cosmopolitan since the 1960’s making the Ga Presbytery the most ethnically diverse in the Presbyterian Church of Ghana (P.C.G.).

The first Chairman of the Presbytery, Rev. E.A. Adjei elected in 1972, combined the functions of the office with those of a District Minister. So also did the Clerk of Presbytery, Rev. J.E. Svanikier. This arrangement continued for over ten (10) years until a decision was taken to detach the position of Chairman from congregational duties. That decision necessitated the provision of a manse for the Chairman as well as office facilities for the Presbytery. These facilities are sited at Osu Kuku-Hill (Jubilee House).

Current Situation of the Presbytery as at 2017. 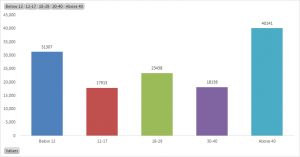 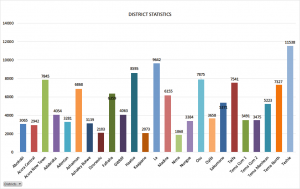 The P. C. G strategic plan referred to above has the Church’s Mission, Vision and Core Value Statements as follows:

The Mission Statement of the P. C. G is as follows:

“To uphold the centrality of the Word of God and through the enablement of the Holy Spirit adopt a holistic development of her human and material resources to:
improve Church growth through evangelism and nurture
attain self-sufficiency through effective resource mobilization
address all factors that inhibit development through advocacy and effective delivery of social services
uphold the Reformed Tradition and cherish partnership with the worldwide body of Christ.

“To be a Christ-centered, Evangelistic, Disciplined, Democratic, United, Self-sustaining and growing Church”.

The P. C. G is founded on certain core values that must not be compromised in the achievement of the Church’s strategic objectives. These Core Values are our belief in:
The Centrality of the Word of God;
Discipline;
Integrity;
Hard work;
Humility;
Unity;
Upholding Democratic principles;
Godly Leadership and skills Development; and
Sound Moral Principles